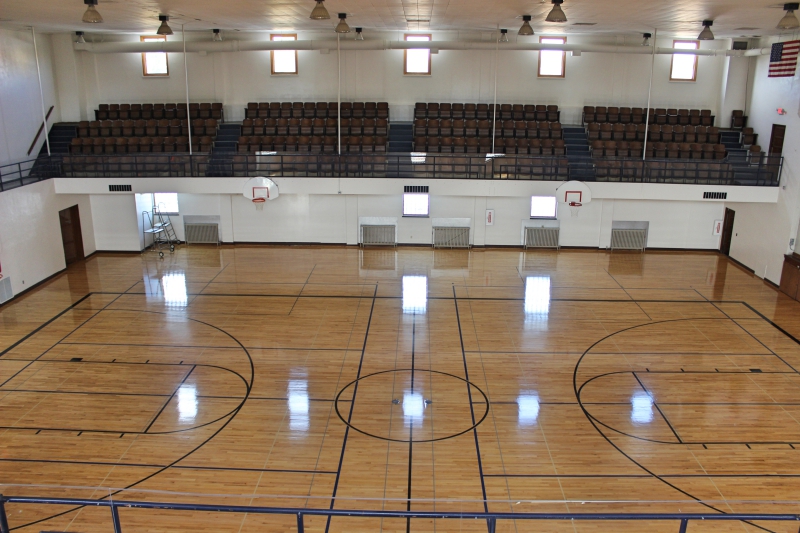 The City Auditorium offers space for a variety of leisure and competitive activities for residents of the community and the surrounding areas. Programming and Activities at the Auditorium are managed by the Parks & Recreation Department.

The City Auditorium was built between the years 1936 and 1937 by the Works Progress Administration. Artistic sculpture panels on the front facade of the building and a Memorial Room have secured the building into the list of National Register of Historic Places.

War Memorial Room
Located on the main level of the City Auditorium just inside the main entrance, the War Memorial Room was designed for visitors to reflect and honor veterans who served our country with bravery. This austere room is located on the first floor of the Willmar City Auditorium. It was completed in 1937 as a WPA project. Engraved stones from each state line the walls, an effort initiated by the American Legion to honor Minnesota veterans. A painted mural depicting various conflicts and the ravages of war surrounds the room. The room is open for viewing by contacting Willmar City Offices. The Willmar War Memorial Room was featured on the TV Series Postcards in 2014 as a part of the 75th Anniversary of the facility.

The Willmar City Auditorium is conveniently located near the west edge of downtown Willmar next to City Offices: 313 6th St SW, Willmar, MN 56201.